OMEP Ireland is pleased to announce that our national conference ‘2020 Vision for EYE’ was held online on the 7th November 2020 at 11am. The conference attracted over 500 registrants! This very special event consisted of 5 esteemed Keynote speakers. The OMEP Ireland Conference 2020 was sponsored by TeachKloud – An innovative early childhood management system: http://www.teachkloud.com. Watch the full conference below! 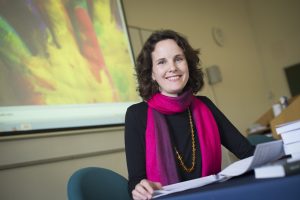 Aoife Nolan is Professor of International Human Rights Law and Co-Director of the Human Rights Law Centre at the University of Nottingham.  In early 2017, she was elected to the Council of Europe’s European Committee of Social Rights, Europe’s leading economic and social rights monitoring body. In 2018, she served on the Scottish First Minister’s Advisory Group on Human Rights Leadership and is currently a member of the Scottish Government’s UNCRC Working Group to input on the best model of incorporation of the United Nations Convention on the Rights of the Child into Scottish law. She has published extensively in the areas of children’s rights, including in the areas of international human rights law and constitutional law. Aoife has acted as an expert advisor to a wide range of international and national organisations and bodies working on child rights issues, including numerous UN Special Procedures, UN treaty-monitoring bodies, the Council of Europe, multiple NHRIs and NGOs. Her publications include: the prize-winning Children’s Socio-economic Rights, Democracy & the Courts (Hart, 2011), Economic and Social Rights after the Global Financial Crisis (CUP, 2014) and ‘Protecting the Child from Poverty: The Role of Rights in the Council of Europe’ (Council of Europe, 2019). She has held visiting positions at academic institutions in Europe, Africa, the US and Australia. She is an Academic Expert member at Doughty Street Chambers where she co-leads the Children’s Rights Group. 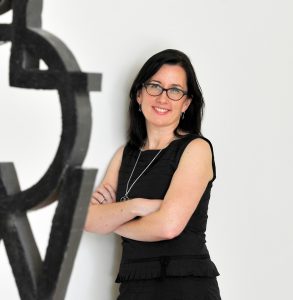 Kearney has curated numerous exhibitions in Ireland and internationally, with particular emphasis on how contemporary art practice relates to research directions within academic contexts. Throughout her academic and professional career, Kearney has received several distinguished awards including the designation of college scholar by UCC, the NUI Prix d’Honneur from the French Government, a UCC President’s Award for Research on Innovative Forms of Teaching and the Jerome Hynes Fellowship on the Clore Leadership Programme. From 2009-2014, she served as a member of the Arts Council of Ireland and she is currently a board member of the Irish Architecture Foundation, VISUAL Carlow, and Cork Midsummer Festival.

Tim Gill is a global advocate for children’s outdoor play and mobility, and author of No Fear: Growing up in a risk-averse society (2007) and Urban Playground: How child-friendly planning and design can save cities (due 2021). Tim is a Design Council Built Environment Expert, and a Visiting Research Fellow at Reading University’s School of Psychology and Clinical Language Sciences. A Churchill Fellow with degrees from Oxford and London Universities and an honorary doctorate from Edge Hill University, Tim is a former director of the Children’s Play Council (now Play England). His website is http://www.rethinkingchildhood.com.

Arran Towers based in Cork city. Director of the arts in education organisation Head heart & hands LTD or hehehaha for short (www.hehehaha.org). One of the company’s programmes is Mucky Boots, a forest school initiative that runs camps, family days and regular sessions for a National School in the city centre. They have a hidden haven of trees hidden in a UCC campus in the middle of the city. Arran is also on the board and a performer with the charity Clowns Without Borders Ireland. A humanitarian charity that visits families in Direct Provision centres and tours refugee settlements internationally. Their motto is “no child without a smile.” Arran will speak of experiences through his work that have highlighted the power of creative, open ended play to advance learning, social skills and to heal. 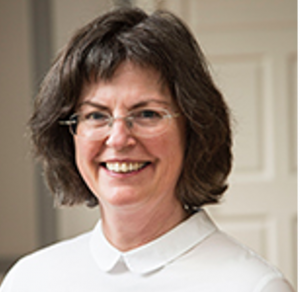 Dr Geraldine French is the Head of School of Language, Literacy and Early Childhood Education and the Programme Chair of the Masters of Education in Early Childhood Education at Dublin City University. She has worked for a variety of governmental and voluntary organisations, national and international, in conducting professional development and learning, needs analysis, evaluations and consultancy for strategic planning. Her doctoral thesis is in the area of pedagogical interactions between adults and very young children in early childhood settings with a particular focus on educational inequality. She has published in the areas of parenting and the experience of poverty amongst families with very young children. In the context of early childhood settings Geraldine was commissioned to undertake reviews of literature underpinning both national frameworks Aistear and Síolta which focus on early childhood education and care. Geraldine has published on quality professional practice, supporting early language, literacy and numeracy.  Most recently Geraldine has written on the key elements of professional practice with babies, with an emphasis on relational pedagogy to nurture their learning and development. This work is commissioned by the National Council for Curriculum and Assessment. 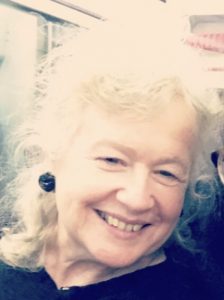 Nóirín Hayes is a Visiting Academic at the School of Education, Trinity College Dublin and Professor Emerita, Centre for Social and Educational Research, Technological University Dublin. Working within a bio-ecological framework of development and through a child rights lens she researches in early childhood education and care [ECEC] with a particular focus on early learning, curriculum and pedagogy and ECEC policy. She is convener of the Researching Early Childhood Education Collaborative [RECEC] at Trinity College and has authored many reports, articles and books. She is co-author of Introducing Bronfenbrenner: A Guide (2017, Routledge) and Supporting Positive Behaviour in Early Childhood Settings and Primary Schools: Relationships, Reciprocity and Reflection (2020,Routledge). She is co- editor of Research and Evaluation in Community, Health and Social Settings (2018, Routledge) and In Search of Social Justice: John Bennett’s Lifetime Contribution to Early Childhood Policy and Practice (2018, Routledge).